I took some time to draw the cartoon and refine it to create a 4-way repeat. Here are the final cartoon before transferring it to the stencil paper, and the final stencil design before cutting away bridges and adding the silk sha. I wanted to try this design on Japanese Kozo as well as fabric. I will post the results next. 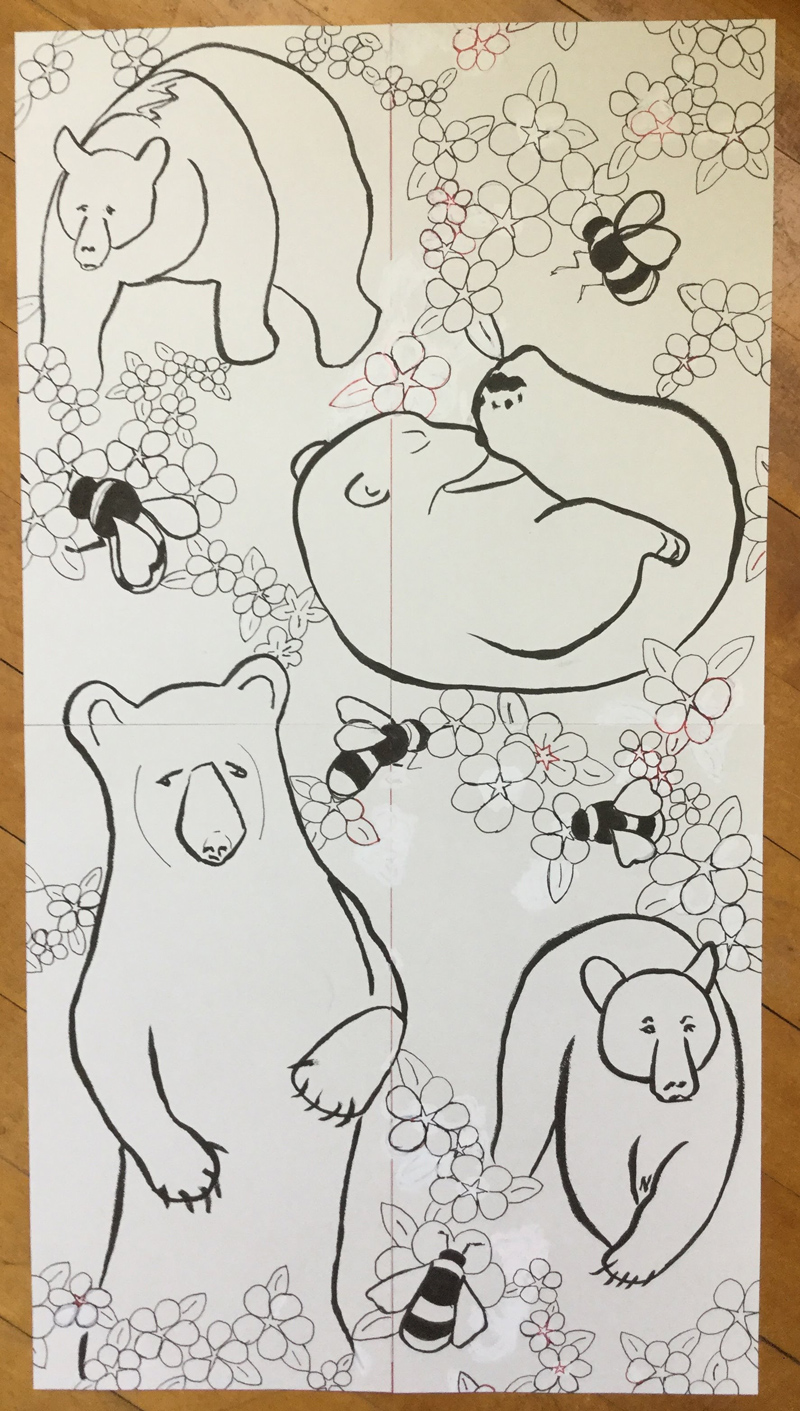 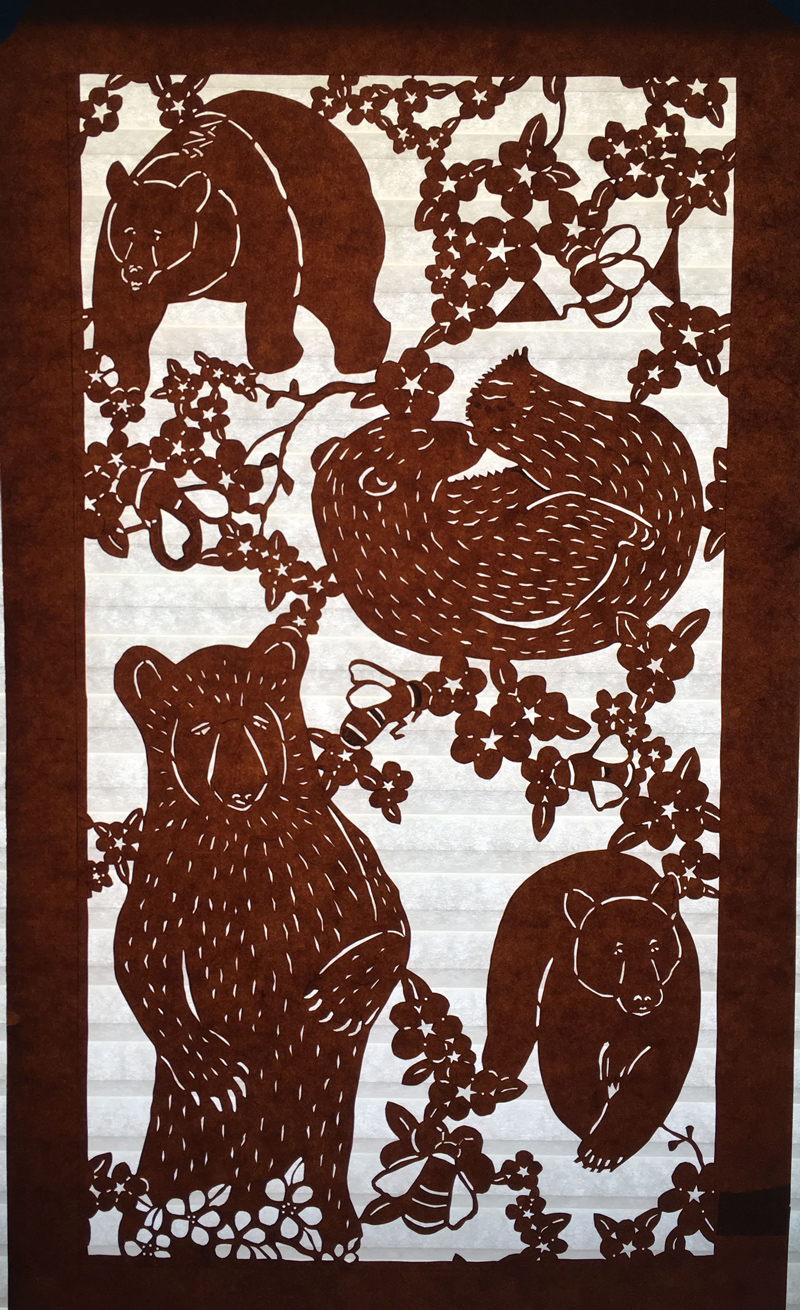 Bears are related to seals, dogs, and raccoons. They are known to be protective mothers and have a keener sense of smell than sight.

This design was living in my imagination about 3 years before I began to work on it. I felt really stuck for a long time, just generally, which of course was reflected in my not doing much in the studio. About 9 months ago, I signed up for “Illustration Nation” at Sketchbook Skool, which offers terrific online courses for people who want to learn to sketch, or to begin sketching and drawing again. This is one of many courses they offer, all of them inspiring.

Because of the planning and design involved, creating a katazome stencil somewhat like illustration. I felt the workshop would help me bring this idea to life.

To become familiar with my subject, I began sketching bears from photos.

Fun fact: according the Wikipedia, bears are in the family Ursidae (think Big Dipper—Ursa Major). They are “doglike” carnivores, and their closest living relatives are the pinnipeds (such as seals), canids (dog is one example), and musteloids (such as raccoons and weasels).

The next step was to try a few variations for the composition.

In January the seeds of new ideas -shapes shifting from dark to light,
and back again,
inner eyes opening.

I am playing with shapes in anticipation of my February class at the Textile Center.

Notan: A Study in Design
Mondays, February 6, 13 and 20, 6:00 – 9:00 pm
Notan is a Japanese concept meaning dark-light, or the interplay of positive and negative space in design. In this workshop, we will explore the dynamics of this principle using black, white and gray paper to work through a series of exercises exploring and applying these ideas. We will discuss the applications of notan in textile design and share and discuss our studies and experiments in class.